In this section you will find a wide range of hotels in Formentera, of different categories and location so you can choose the one that best suits your needs.

“The best hotels in Formentera to make your holiday just perfect” 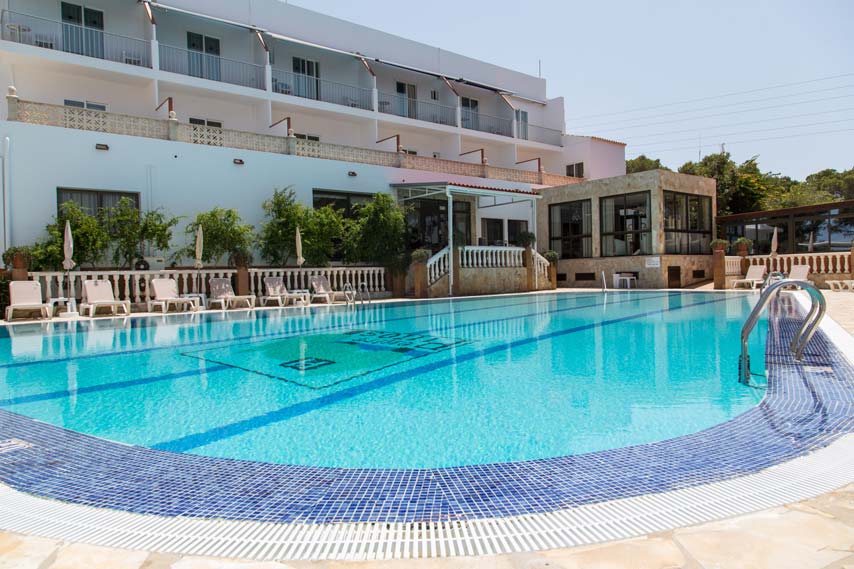 Small family-run hotel located in the quiet area of ​​Es Caló. It has 39 rooms, a gym, and spa. It stands out for its magnificent breakfast always included in the price of the stay. Ideal hotel for couples. 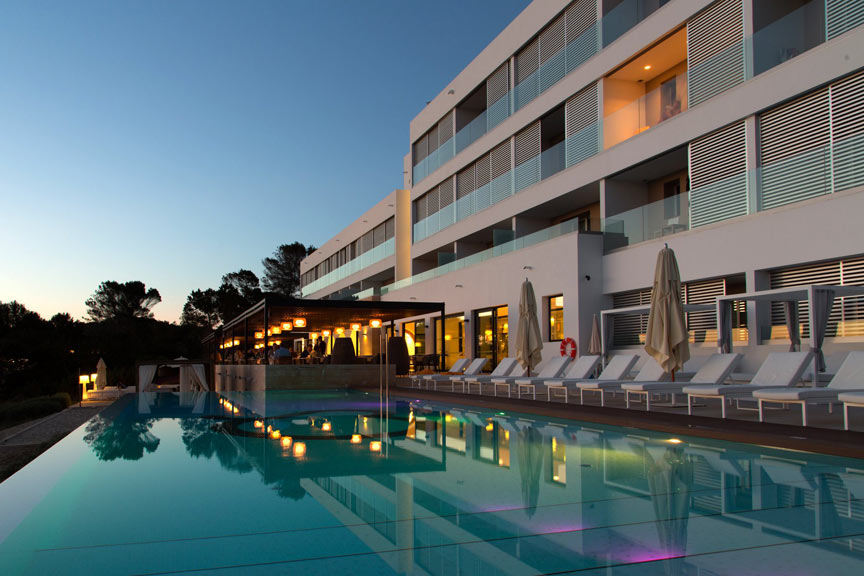 Recently renovated 4-star hotel with a privileged location overlooking the sea over Cala Saona and the sunset.
The use of the Spa and breakfast are always included in the price of the room. 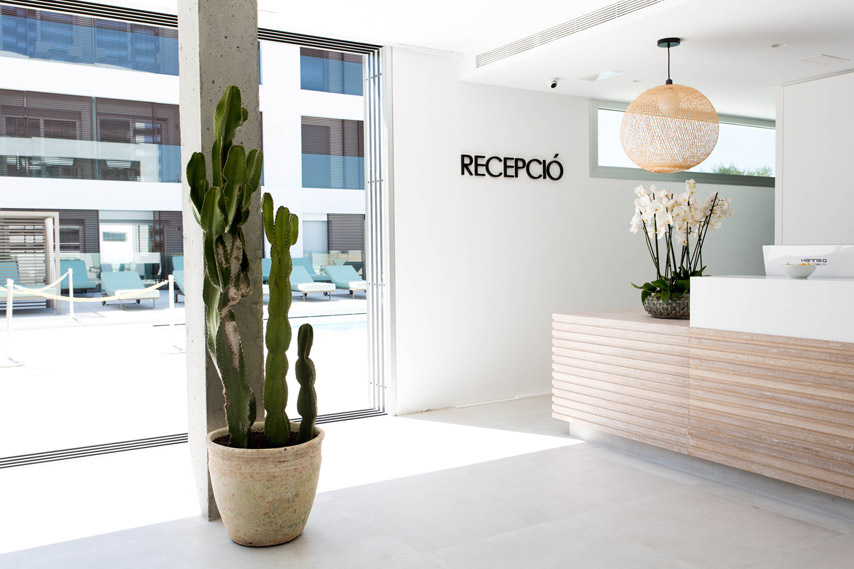 A complex of 29 Suites in Es Pujols. It has a wellness area, spa, and a complete gym. Its location near Es Pujols and the beaches of Illetes and Levante makes it an ideal place to enjoy the island best beaches. 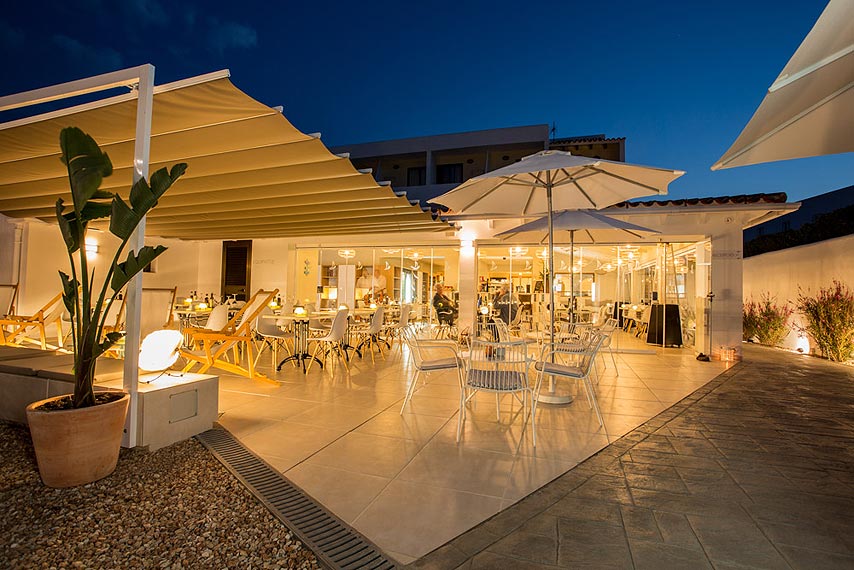 A 2-star hotel located in the vicinity of Es Pujols and the natural park of Ses Salines, right next to the beach of Sa Roqueta and very close to the best beaches on the island.
A familiar and close atmosphere. 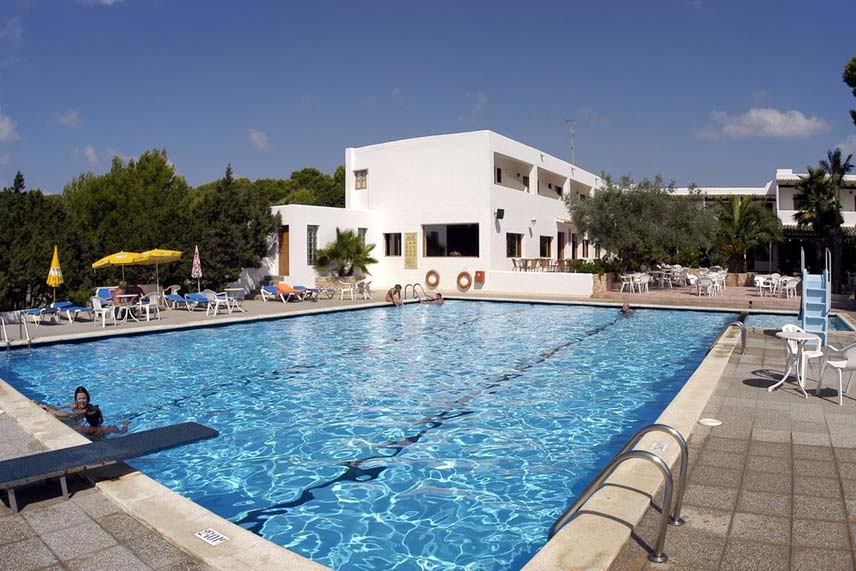 Cozy hotel located in the area of ​​Es Ca Marí, it offers rooms and apartments.
It has a large swimming pool, garden areas and is located by the sea.

Family-run 2-star hotel, located on the seafront of the port of La Savina.
Renovated rooms with a wide range of options so you can choose the one that best suits your needs. 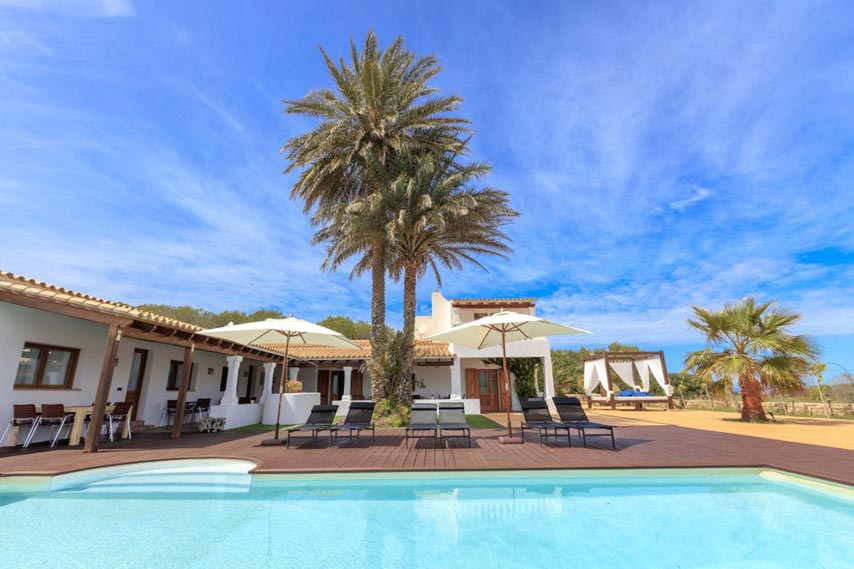 Es Pas is a small rural hotel in the area of ​​Es Caló, surrounded by nature and countryside and within walking distance of the best beaches in Migjorn.
Where you can truly relax during your holiday in Formentera. 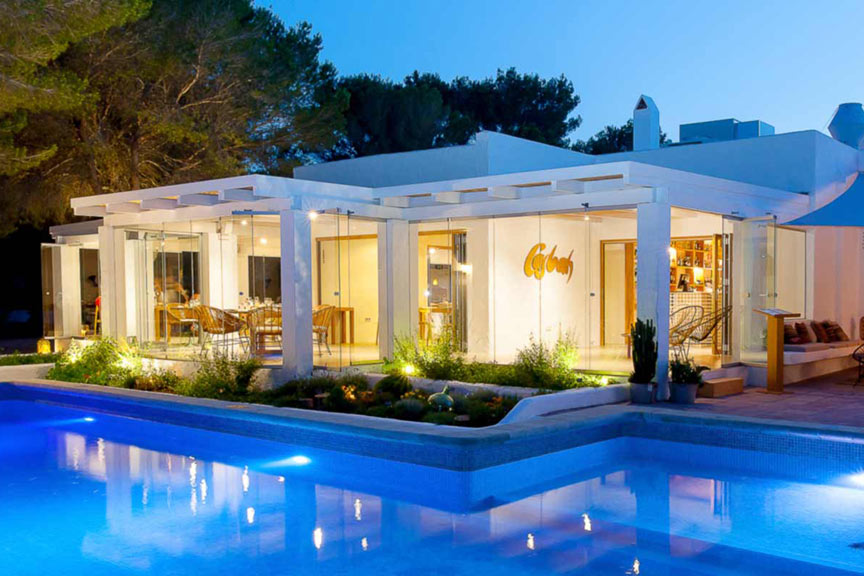 Small hotel integrated into the forest but also very close to Migjorn beach.
Formed by bungalows with an exquisite decoration of their interior and magnificent garden areas to relax and enjoy your stay.

✅ Our selection of the best hotels in Formentera.
✅ From the most basic hotels to the most luxurious ones.
✅ Hotels in all areas of Formentera.

Hotels in Formentera, choose according to category

In Formentera, you can find a wide selection of hotels with the full range of stars. From 1 star hotels to top luxury.
Anyhow, we recommend that, when choosing between one of the many hotels in Formentera, make your decision-based in more than one parameter and not only on the stars of the establishment.

Hotels in Formentera, choose according to the area

One of the advantages that Formentera has over other tourist destinations is that thanks to its small size, the maximum distance to cover, driving a car or a bike, never involves a journey that takes us too long.

The areas that we could differentiate before choosing between the hotels in Formentera, could be: Es Pujols, Es Caló, Migjorn, Cala Saona, La Savina, Sant Francesc. And also taking into account that there are areas of the island that do not have any hotels such as La Mola, Es Cap de Barbaria or Ses Illetes.

Hotels in Formentera, traveling with children

Formentera has always been an eminently family destination and in the same way, its offer of hotels is, so if you are thinking of traveling to Formentera with children and are looking for a family hotel, you should not have any problem finding the perfect hotel. When choosing among the many hotels in Formentera, look at issues such as facilities aimed at children, if they offer special services or attention for the little ones or if the pool has a shallower area for them.

Hotels in Formentera, for adults only

Although it is not very wide selection considering the total of hotels in Formentera, for a few years now, there have been several hoteliers who have decided to offer their establishment as Adults Only Hotels in Formentera.

Hotels in Formentera, traveling with pets

If you are one of whom your pet is a member of the family and you intend to stay with her in one of the hotels in Formentera, we have bad news for you.
At the time of writing this section of the website, we have no record that there is only one hotel in Formentera that accepts them. Do not assume that there are none, but we think it will not be easy to find it.
If we find at least a single one hotel that accepts pets in Formentera, we will change this text immediately.

The arrival of tourism in Formentera was something very progressive and was not headed by any great businessman or company that saw then, during the 1960´s, that it was going to become what tourism in Formentera is today.
That is why, within the possibilities of each of those who decided to bet on offering accommodation in Formentera, they were opening guest houses, hostels and small hotels that, managed by family members, began the tourism industry of Formentera.

Those first establishments have been passed from generation to generation to family members and have been reforming and adapting to the needs and demands of the current visitors of the island.
That is why you can find hotels in Formentera with all the necessary facilities to spend an unforgettable holiday on the island.

The presence of hotel chains on the island is very low. The management of the hotels by local families has allowed the spirit of Formentera and its people to remain on the hotel offer an style of the island.

So do not waste much time looking for the hotel chains as you will not find them in Formentera…… but do not worry because you will discover charming hotels that you will love.