Molí Vell de La Mola is a six-blade mill built in 1778 and restored in 1994 and is open to the public during visiting hours.

✅ Memories of the Formentera of our ancestors.
✅ 18th century technology in perfect condition.
✅ Interior visits are allowed.

The Molí Vell de La Mola main structure preserves an engraved date that shows the year 1778 and it has always been considered the date of construction of this machine with technology from the 18th century.
Flour mill with six blades or sails, with a cylindrical construction and with two doors facing each other at the base of the same that give access to the lower floor from where you access, by a spiral staircase, to the upper floor where we find the machinery and millstones, plus two small windows. 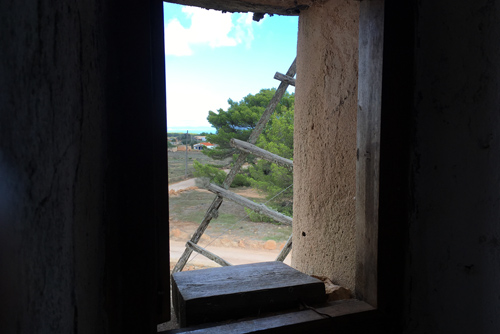 A historical document linked to the mill itself shows us the purchase and sale agreement dated 1781, just three years after its construction, where Bartomeu Mayans buys the mill for 8,000 pounds of fleece.
Since then, the mill was owned by the same family, the ownership and commercial exploitation of the mill passed from generation to generation, turning the grain into flour for food and subsistence for the residents of El Pilar de La Mola.

With the arrival of electricity in the 20th century, the windmill lost its importance in the future of La Mola society and, although during a period its stones and work system were adapted to be able to operate with an electric motor, the The system worked this way for a few years.
Technological evolution led to the disuse of the mill that deteriorated over the years, which led Joan des Moliner, the last miller in Formentera, to cede ownership of the Molí Vell de La Mola to the Illes Balears Foundation in 1994, which , under Joan’s orders, he restored it and even put it into operation one last time before being tied up.

Currently the mill is considered the best preserved of all the mills in the Balearic Islands and, in fact, could come into operation if deemed appropriate.
This work of engineering can be visited both inside and outside and has an exceptional guide, María des Moliner, wife of Joan des Moliner (1928-2016), who worked with her husband for 10 years in the industrial exploitation of the mill.
This is a visit that we especially recommend because it is not only to see and photograph the machinery that the mill represents, but also to be able to share a while chatting with Mrs. María who will be able to tell you countless anecdotes and curiosities about the mill and about Formentera where it is he worked a lot but where he lived without stress. 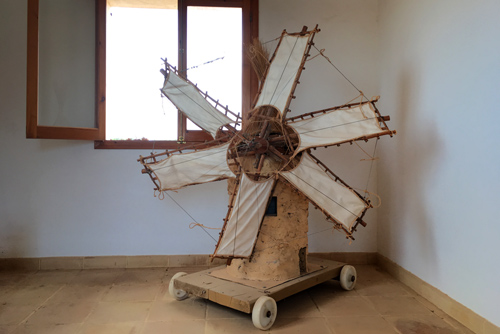