From 4mentera.com we will help you discover and enjoy everything Formentera has to offer. We will tell you stories, we will give you advice and recommendations from the point of view of someone, born, raised and living on the most beautiful island of our Mediterranean. 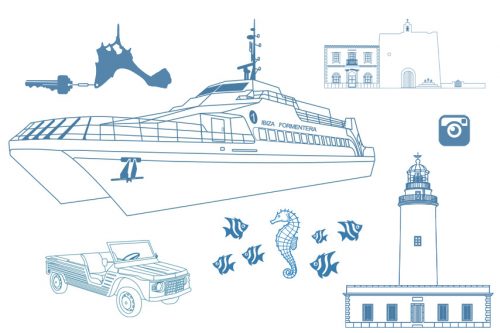 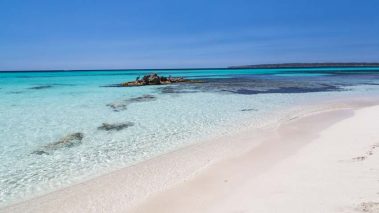 All Formentera beaches with info and Google Maps location. 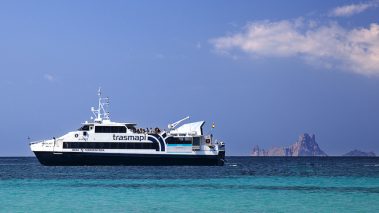 Discount code on the price of the Ibiza-Formentera-Ibiza ferry with Trasmapi. 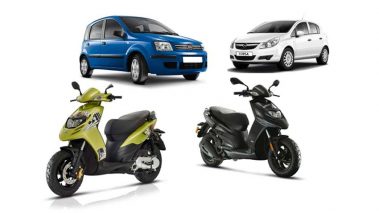 Discount codes for car, scooters and bicycle hire on Formentera. 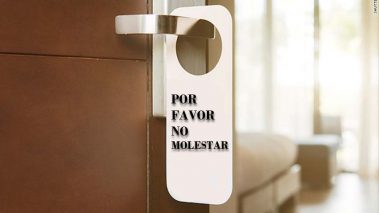 All the accommodation offer on Formentera. Choose the one that better suits your needs. 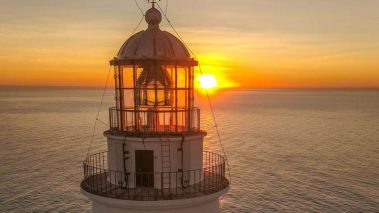 Discover the cultural and historical sights of the island. You’ll be surprised. 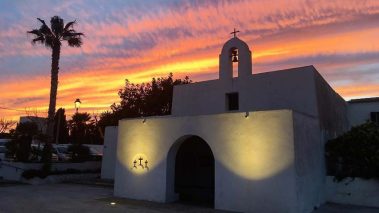 All the villages of the island with the secrets and tips of each one.

Our guide in pdf so you can enjoy the island in a single and free download.

✅ All the information you need for your holiday in Formentera.
✅ The best selection of accommodation on the island.
✅ Discounts on ferry tickets and vehicle hire.

Formentera is the southernmost island of the Balearic Islands archipelago and, next to Ibiza, forms the Pitiusas archipelago, pine-covered islands, in ancient Greek.
Inhabited since the Paleolithic, Formentera has suffered stages of its history under the dominion of different empires with small populations, but more or less stable, even its total depopulation for several centuries until 1695 where the repopulation began and many of its current inhabitants, they are direct descendants of that new wave of “formenterers”.

In Formentera, both Castellano and Catalan are co-official languages ​​and the use of both is present, in the daily life of the majority of its residents throughout the year, and the government institution of the island, Consell Insular de Formentera.
I refer to the resident population throughout the year because, during the summer months, the summer population is multiplied if compared to the winter population, which, theoretically, is formed by 13,000 residents but that reality tells us that in winter we are less than half of that figure.

Formentera is, without a doubt, a unique island where the same silhouette of it makes it different from any other island on the planet.
Many times I thought that if you ask a designer to draw the profile of an imaginary island, he would not do something more beautiful and distinctive than the silhouette that nature has given to our beloved island. 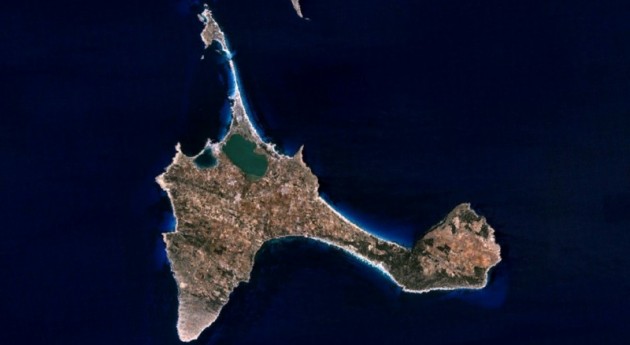 The island has an area of ​​83 km² and a perimeter of approximately 72 km.
Although the images that every future visitor of Formentera has in his mind, are the wonderful white sand beaches and crystal clear water, the island has large areas of cliffs of impressive beauty and areas of the interior of the island where the oldest traditions are still alive.

Many are the nationalities that live in Formentera and, since the arrival of the first hippies and tourists in the 60s of the past century, the inhabitants of Formentera have shared the space of their island with whom they have decided to settle here if done with respect.
Formentera and its people are welcoming by nature but they expect a degree of respect for its inhabitants, territory, history, culture, and language.
Something easy to understand, on the other hand.

Due to the small size of the island, the strong pressure of visitors and the limited resources it has, we can ensure that Formentera is a fragile island.
If you are planning to spend your next summer holiday on the island, you should know that freshwater is a very precious good for those of us who live in Formentera all year round, and that the consumption you make when you arrive at the hotel, the apartment or wherever you stay, you should have it under control.

The same goes for our forests and the danger of fire that we live each summer on the island.
The low rainfall during most of the year leads us to have very dry forests and always live under the threat of a fire that endangers the environment of our island.

So, if you are a smoker and you are reading these lines, please never throw a cigarette butt from the car or motorcycle when driving on the island, well, neither in Formentera nor anywhere else.
You will avoid putting the forests of our beloved island at risk.

You may also know that to better protect the island, in 2019 a campaign of access control of motor vehicles started and the number of cars driving on the island is now limited
A pioneering decision in Spain that was followed with great interest by many national and international media.

Formentera and the cigarette butts problem

Unfortunately, and although not all, many smokers have the ugly habit of leaving their cigarette butts buried in the sand or on the rocks.
To be honest that´s one of the things that makes me angrier.
So, please, don´t be one of them !!

On many of the island’s beaches you will find recycled ashtray dispensers.
Empty soda cans available to smokers to deposit their cigarette butts there and empty them in the trash once they leave the beach. 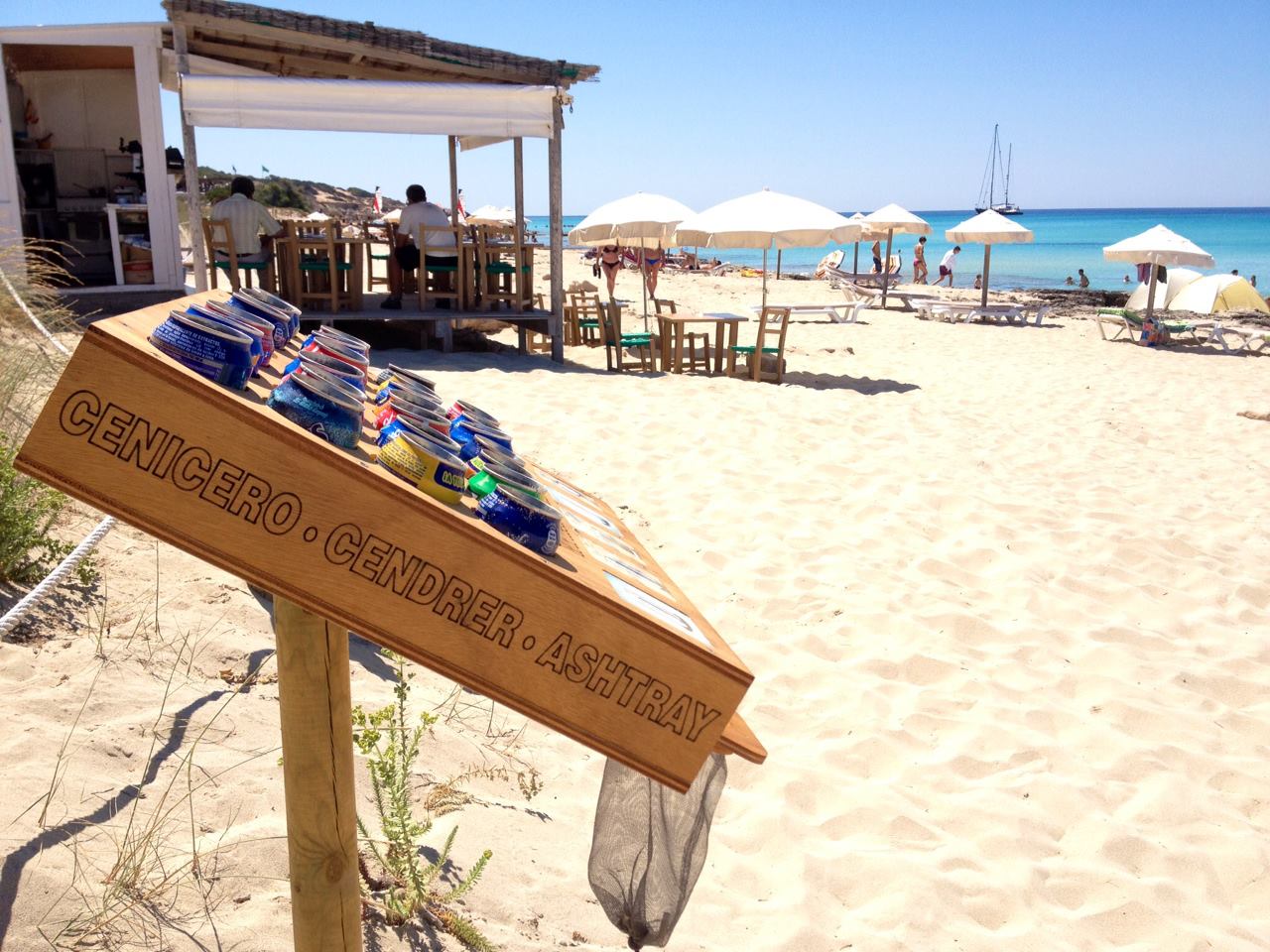 Whether you intend to spend a single day on the island, or you are going to spend several days or weeks with us, I would ask you to do so with respect, especially towards the natural environment you will find.

We hope you find an island you fall in love with, that you enjoy our beaches, sunsets, and landscapes and we hope you respect the place as it deserves.