Family-run hotel offers 33 rooms of different types.
Located on the seafront of La Savina harbour.
Open from March to October.

“Family-run hotel, at the Formentera harbour” 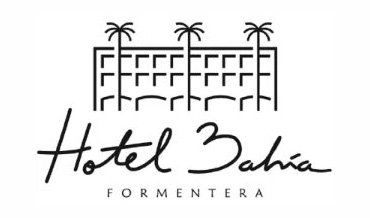 Use the promo code: 4MENTERA to get a 5% discount on the price of your stay at Hotel Bahia.

By using the discount code, the relationship will be established exclusively between you and the hotel.

✅ 2-star hotel in the marina of La Savina.
✅ At a few minutes distance from the beaches of the Natural Park.
✅ Discount Code: 4MENTERA

The current Hotel Bahía Formentera opened its doors, as a hostel, in 1964 at the initiative of the grandparents of the current owners. Being his father, Antonio Calafat Mayans, who gave the greatest boost to the then hostel, seeing that the tourism business that then began its presence on the island, was an option for the future for the family.
Since its inception, the Bahía, as it is popularly known among the people of Formenetra, has been synonymous with a hotel but also with a restaurant and they have always functioned as one.

Therefore, this hotel in the port of Formentera offers a high quality double service, both to its guests and to its diners.

Staying at the Hotel Bahía Formentera means making sure you are close to the best beaches in Formentera, especially those located in the Ses Salines Natural Park.
Just leaving the hotel to the right, and always skirting the coastline, you will walk to the beach of Es Cavall den Borràs, which is just 1.5 kilometers away.
In any case, if you travel by car or motorcycle around the island, Ses Illetes and Levante are less than 5 minutes away on the road that borders S´Estany Pudent in the direction of Es Pujols.

Staying in the first line of the marina of La Savina, is to make sure you live with the marine environment and the yachts moored from the front line.
Throughout the day, in the wide pedestrian walkway of La Savina and where the Hotel Bahía Formentera is located, we will find vendors and craftsmen stalls that give the place a special color and atmosphere.
At dusk, the sunset accompanies over the horizon, and with the vigilant silhouette of Es Vedrà, the moment when the lights of establishments and boats light up to give way to a cozy environment in which to take a walk, buy something in the shops of the port or enjoy a drink on the many terraces in the area.

As we already mentioned in the introduction to the establishment, the Bahía has, since its inception, provided the accommodation service at the same time as the restaurant service and that is why you should not stop trying the specialties on the menu, the day you decide to eat. or dine on the outdoor terrace of the Hotel Bahía Formentera restaurant.
In the same way, its cafeteria is open throughout the day in case what appeals to have an appetizer.

When booking a stay at the Hotel Bahía Formentera, you must take into account the date of the stay to know if the price of our room includes breakfast or not.
For stays before May 15 and after October 15, the room price does not include breakfast, that is, in the low season, it does not include breakfast.
On the other hand, when the summer season is already considered, from May 15 to October 15, the room price includes the buffet breakfast served in the hotel’s dining room with views of the promenade and marina.

As we mentioned before, the Hotel Bahía Formentera offers many types of rooms with capacity for up to 4 guests, which is of great help when traveling in a group or as a family with children.

If you have reached this part of the hotel file and you think that this is the accommodation you are looking for to spend your holidays in Formentera, don’t think twice.
Visit their website www.hotelbahiaformentera.com and Book Now!